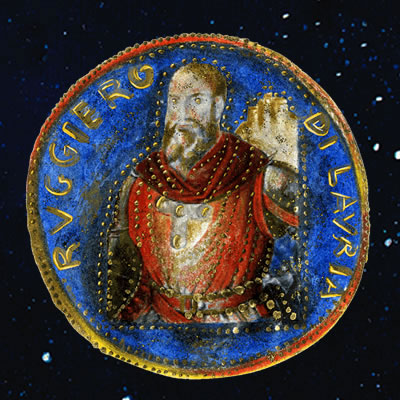 The Lauria family in the service of the Swabians The son to the Great Avenger of Basilicata, Riccardo di Lauria, Ruggero was born in this Lucanian village five years before the death of  the great Swabian emperor. His father was also a faithful servant of King Manfredi, Fredrick II’s son, with whom he shared death in the battle of 1266, against the troops of Carlo d’Angio. His mother, Bella, aunt Fredrick II’s great love, Bianca Lancia, in order to save her son from the Angevins, took refuge at Costanza’s court, first child of Manfredi, where the  baby was educated and taught and developed his character. The Sicilian vespers We do not know either who was his master, nor thanks to whom he acquired the excellent knowledge of seamanship that he doubtlessly possessed, as proved by the results he obtained. Anyway, the high command of the reunite  Siculo-Catalan naval fleets and the tasks of their arming were up to  him. Above all, the direction of the Sicilian vespers, mainly battled at sea, depended on his talents. All along attracted by sea life, in fact, in 1282 Ruggero was nominated vanguard of the Aragón’s reign of Sicily fleets, insurgent against the Angevins during the Sicilian vespers. The Prince of the Mediterranean

Since then and up until his death in 1305, his personality dominated the marine history of the south of Europe. For his feats and the multitude of his army he his second only to Andrea Doria, the prince among the Mediterranean sailors. It is impossible to list all his feats, so we will only have a look at some: the naval combat in Malta and in Castellammare di Stabia, the conquest of Djerba Island (Tunisia), the naval combat between Barcelona and S. Sebastiano Cape, several raids in Greece and many naval combats in Sicily, Calabria, Basilicata and Campania.

He defeated again and again the Angevin fleet and, in the famous battle of the Gulf of Naples in 1284, he even arrested the crown prince Charles II of Naples. The Catalan retreat We can undoubtedly demonstrate that Ruggero was, in part, the man who defined the destiny of southern Italy, benefiting the Spanish incomers. Controversial, instead, is his transition to the rivals, after piercingly fighting them by land and sea. After  the Caltabellotta peace that called a halt to the lengthy Vesper war, Ruggero abode by Federico of Sicily’s authority and retired in Cataluna, where he died. Messer Ruggero and literature Noble for his brave actions, Ruggero became the subject of minstrels‘ songs, storytellers’ tales and his actions were appreciate by important historians. Ruggiero appears in the fifth novel of the Decameron by Boccaccio, in which it is said that the great admiral from Lucania made every effort to save the unfortunate lovers Gian di Procida and Restituta from a painful end, pleading with Fredrick II.  To him was also dedicated the name of a destroyer belonging to the Spanish navy. Sources: “Federico II – Ruggiero di Lauria”, Nicle Sisto Piscitelli www.ecodibasilicata.it/html/ruggero_di_lauria.html www.treccani.it

Basilicata, even called Lucania. A Land of Light that opens the inner eye to the charm of the primordial emotions, illuminating the deepest chords of the Soul. A land where you can still hear the voice and magic of Nature, able to gild Pure Poetry of the passage of time. 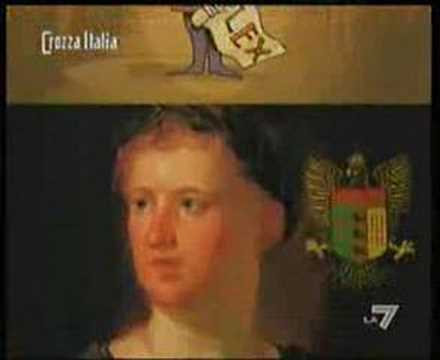 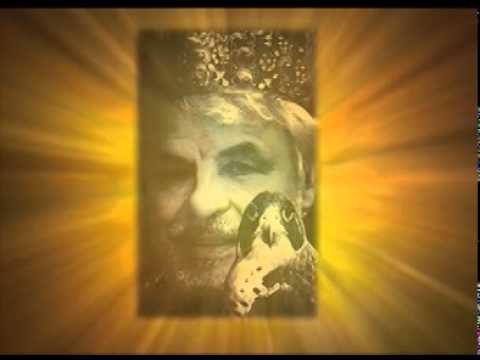